Seville to Madrid – Alcázar of Seville

Nick and I had planned for an early wake up, but the best laid plans do sometimes go awry.  Having said this, we didn’t actually sleep in too late, we were just very, very slow to rise.  Once we were up, we showered, packed our last things and checked out of our very cosy AirBnB.

At least one thing was going for us this morning.  The weather was glorious. There was barely a cloud in the bright blue sky and the sun was shining.  After yesterday’s gloomy trek this was a really nice change of pace.

As always, first order of business was seeing to breakfast. We went once again to Cafe Orfeo where we had a breakfast of Marmalade toast and a really nice carrot cake along with a couple of (blissful) coffees. 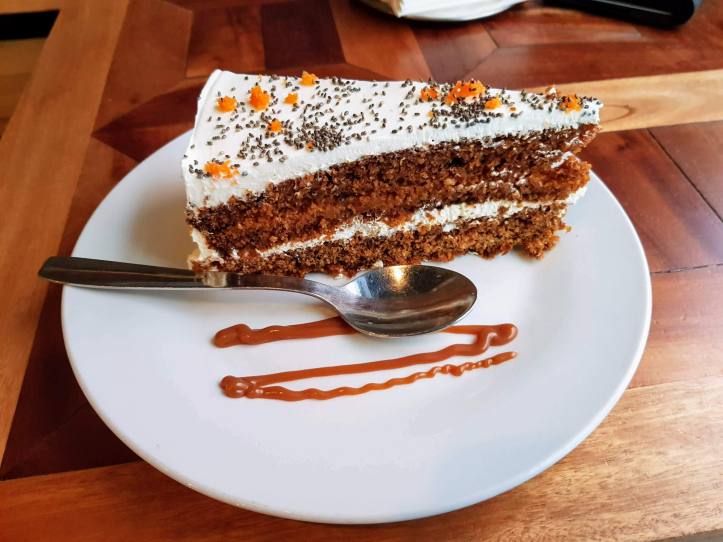 The next thing we had to sort out was finding a place to babysit our bags which wasn’t too far out of the way.  Nick located such a place called the Tourist House which stored our bags for us for 3€ each.  Not a bad deal!

Newly unencumbered, we made our way to the Alcázar of Seville which we had skipped the previous day due to the poor weather. There was a bit of a line, but we did a bit of tag teamwork.  One of us would wait in line while the other went exploring, went to sit down, take pictures or whatever.  The line progressed fairly quickly and we eventually made it to the front and got access to the Alcázar.

The Alcázar of Seville is a royal palace in Seville, Spain, built for the Christian king Peter of Castile. It was built by Castilian Christians on the site of an Abbadid Muslim residential fortress destroyed after the Christian conquest of Seville. The palace, a preeminent example of Mudéjar architecture in the Iberian Peninsula, is renowned as one of the most beautiful. The upper levels of the Alcázar are still used by the royal family as their official residence in Seville, and are administered by the Patrimonio Nacional. It is the oldest royal palace still in use in Europe, and was registered in 1987 by UNESCO as a World Heritage Site, along with the adjoining Seville Cathedral and the General Archive of the Indies.

As one could expect from a royal palace, it was absolutely stunning. The gardens were immaculate and the buildings were sensational.  The sections open to the public had been preserved amazingly.  While the Alhambra is (apparently) more ornate, the Alcázar of Seville has managed to preserve more of the original colours and works when compared to the Alhambra. Though a large part of the buildings were destroyed in the 1755 Lisbon Earthquake – these were later restored. 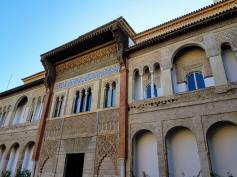 Nick took some smashing photos and we spent a happy few hours there, enjoying the sites in the garden and the sunshine.  Nick loved the Muslim Palace there where you could really see the original structure of the Muslim fortress.  There was a garden area with almost a waterfall set up which rather entranced me. 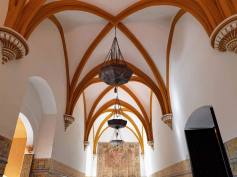 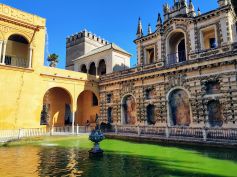 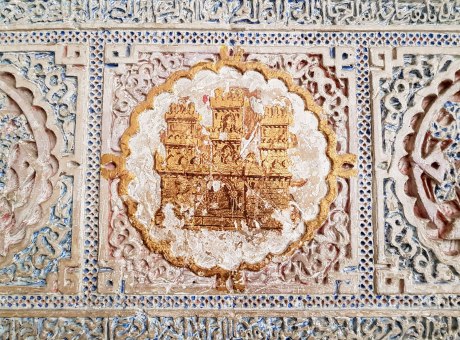 When we departed, we decided we had just enough time to see the Plaza de Espana before we had to catch our train to Madrid.  We walked over there, quickly took some photos and admired the scenery.  There was a monumental fountain there, probably the most interesting one I have seen in Spain thus far and some beautiful buildings also. 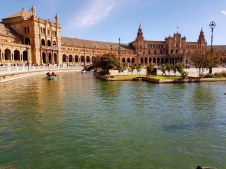 But, on the clock, we knew we had to hurry up, collect our luggage and walk to the train station.  We decided to take our chances and hoped there would be something at the station that we could eat before jumping on our train.

Once we got our bags, the walk took about 25 minutes and we made it there with a comfortable half an hour to spare.  With no really amazing food choices, we made do with a McDonald’s meal and then boarded our train after having our bags x-rayed through security and having ourselves scanned over with a metal detector wand.  There was actually quite a few security checkpoints and this might have been a legacy from the 2004 terrorist attack.

None the less, despite the heightened security, we made it to our carriage and seats with no issues. The high speed train was rather luxurious with very comfortable seats and quite a bit of leg room. I did try to read for a short time, but eventually gave up and went to sleep for a while.  The top speed that Nick and I saw clocked up was about 271km/hr. 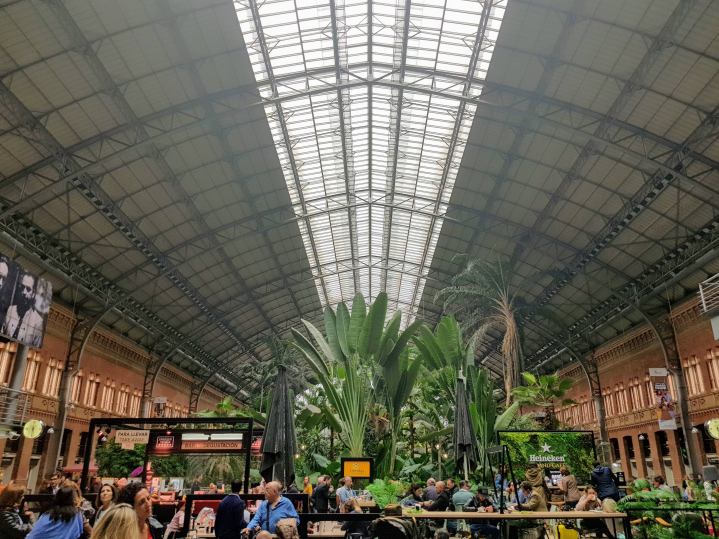 The trip took 2.5 hours and we arrived in Madrid with no issues.  The next challenge was to find our AirBnB and our host’s studio so we could collect the keys. Both of these tasks proved simple as the AirBnB was located about 5 minutes walk from the station and the host was about 15 minutes away from the station.

We had a little confusion when trying to find Sandra as we thought the address she gave us was a residential address.  On reading the email Nick recieved from her, I decided that the studio was actually the tattoo studio right next to the residential address.  I knocked on the door and asked for Sandra and sure enough, she was a super cool looking tattoo artist!

She came and had a lovely chat with Nick and I and even gave both of us a hug in welcome.  She will absolutely have to be the trendiest AirBnB host we have (or will probably ever have to be honest).  She gave us the keys and basic instructions for how to access the property and away we went!

Unfortunately, the bad weather of Seville yesterday seemed to be in Madrid now and we had to walk in a slight drizzle to get to the apartment but once we did, it was a simple matter to let ourselves in.

This AirBnB, like the last has multiple rooms.  Some are dormitories though Nick and I have a suite to ourselves.  We do have to share a bathroom but this doesn’t really bother me.

We relaxed for a while and then decided to head out for dinner since lunch was so poor. As a bit of a change, since Nick found a highly rated restaurant, we decided to try some Indian food.  This made me quite happy actually as curries as my comfort food.

We sat down to a meal of naan, rice, beef vindaloo and mixed vegetables.  It was heaven and it helped to clear out the lingering colds Nick and I still have ghosting us.  Definitely burned the sinuses clear for the night at any rate. 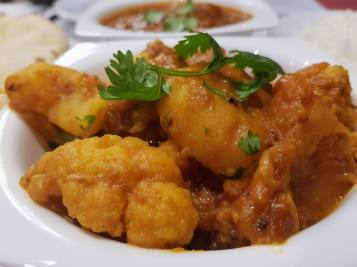 Happy and full, we headed back to the new apartment and tucked ourselves in for the night, ready to tackle a new day.