It was a hard ask for us to wake up this morning.  We were bleary, leaden and completely unmotivated to move at all.  Though we had had a sleep in, the previous day’s travel had worn on us.  We basically dragged ourselves up and headed downstairs to get some breakfast at the Premier Inn Hotel. 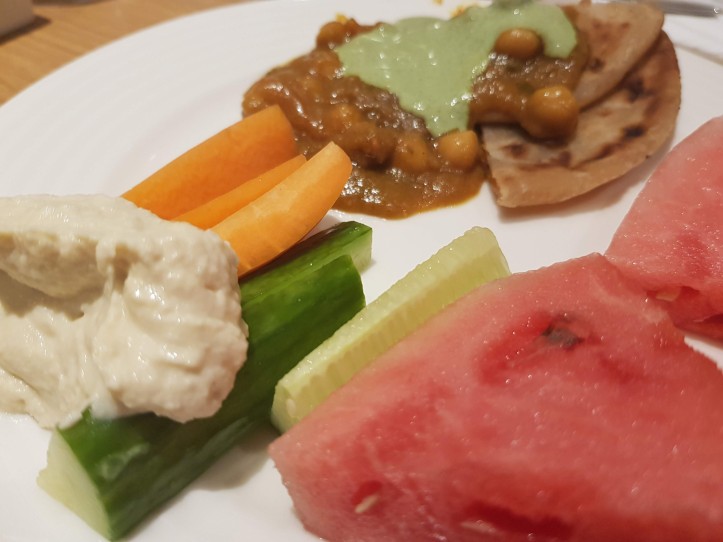 For an airport hotel, the spread was very decent.  I could have hugged the man who brought us our coffees in all honesty though.  There was a selection of hot foods, Indian foods, Arabic breakfast foods, salads, your normal continental breakfast fare and more.

We ate our fill and as always, Nick made sure we got our money’s worth.

Once breakfast was done, we headed back up to the room to collect our gear and then checked out.

The taxi ride to our next hotel was equally as twisty and strange as the night previous but it wasn’t long before we arrived at the Jumeirah Creek Hotel.

Nick has this fantastic belief that by the end of your trip you really just need a day of nothing.  Just relaxing, maybe hanging out at the pool and having a few drinks. To this end, he usually finds us a relatively flash hotel with a club lounge facility where we can graze on food and swim and read and nap all day.

The Jumeirah Creek Hotel was a perfect location to do all of the above. And it certainly fit in the ‘flash’ category.  The foyer was lavishly appointed and felt very bright and well lit.  The vertical space was also amazing – from the ground you could see a corner of the pool on the 8th floor which jutted out into the common space. 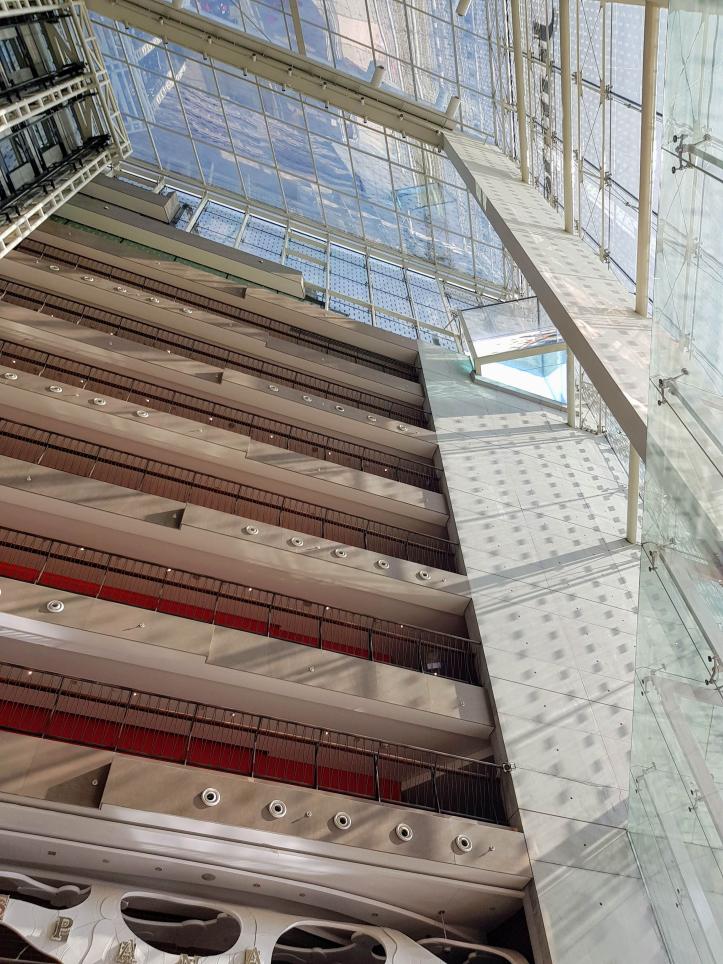 The reception area was really nice and while our room wasn’t ready yet, we were told we could go ahead and use the pool areas and so we went ahead and did that.

When our room was prepared, as an apology for it ‘taking so long’ we got a free upgrade to a suite.  The rooms felt seriously almost as large as our house back home with a full kitchen, living area, huge master bedroom and a full and half bath.

My favourite has been the shower in the master bathroom with its insanely powerful rainfall shower head in an enormous space.  I could have done full body exercise in there and not accidentally have hit a wall.

The views from the room were also not bad, we could see the hotel’s other swimming pool and also views of the rest of Dubai. 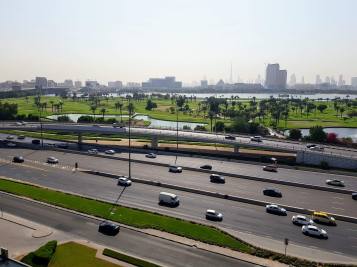 Once we were settled in our room, we headed down to the Club Lounge for afternoon tea. Nick had a coffee and I had a lemon and mint juice which was lovely and tart and refreshing. There was no shortage of scones, but we were also served a small tower of other nibbles including mini sandwiches and cakes to devour.

We headed back up to the room to rest a while and honestly, just relax which was fantastic. Later we headed to the lounge again for canapes and drinks. They had a nice selection of hot foods such as breaded prawns and vegetable dumplings in addition to small samples of squid salad and a Thai peanut salad that Nick ate.

The also had a few dessert options including a chocolate fountain where you could create little fruit skewers and some sticky rice pudding and Singaporean chocolate cake bites. 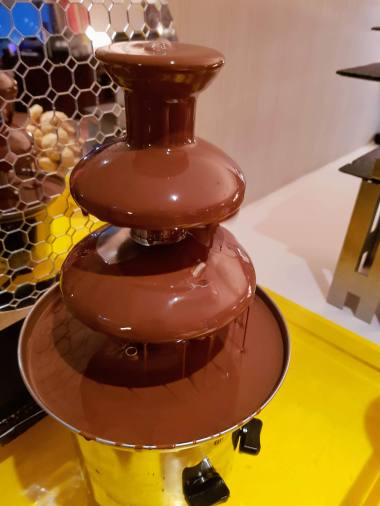 This was all more than enough to fill us up and we decided we didn’t need a proper ‘dinner’ per se so we headed back up to the room once more.

After some digesting and relaxing, we decided to go for a quick moonlight dip in the larger swimming pool.  Even at 8pm, it was very warm still. It was a bit of fun splashing around and Nick even swum a few laps.  We headed back up fairly soon though.

As we had a very early start the next day, we did all our packing now so we could just rise, shower and dress before our pick-up to get us to the airport.