Waking up the last morning in the Cordis Hotel for our honeymoon was kind of a downer.  I wish it didn’t have to end! We arose at 7:30am and had a leisurely breakfast. While we didn’t go overboard today we did make sure we had enough to see us through to a late lunch as we planned to get a tiny bit more sightseeing under our belt before taking off.

But first, I decided to soak in a little more relaxation by going to the steam room again. I am not sure why I like the steam room SO much.  It feels really nice for my skin I suppose and I enjoy the way my sinuses open up.  There is also a very pleasant smell in the room because of the vanilla soaked cinnamon sticks they have put in a bowl on the floor. It’s a more ‘clean’ sweat then when we walk out on the streets as well. Whatever, people like what they like right?!?!

After this, I headed back downstairs to pack up my gear with Nick. The whole morning was decidedly unhurried and we checked out of the hotel around midday. Our check-out was as smooth as our check-in – we were looked after by a young man by the name of Samuel. On hearing that we didn’t have a flight until midnight he told us that we should feel free to come back to the hotel and enjoy the swimming pool and rooftop facilities. All the staff at the Cordis that we have interacted with have been so lovely and accommodating. Its been such a great experience and we have enjoyed ourselves so much. 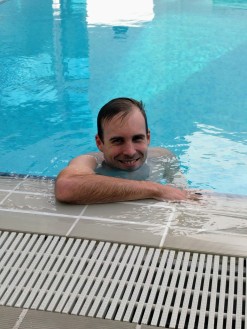 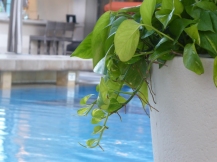 First, we grabbed a cheeky pineapple bun with butter (these do not have any pineapple flavour at all – they are just called this because the crispy outside of the bun looks vaguely like a pineapple) from a location recommended on our food tour the previous day.  We didn’t get there early enough to have a fresh-made bun but it was still tasty! We also stopped and took a picture of this historical gaslight.  It wasn’t lit at the time unfortunately but it still looks lovely. 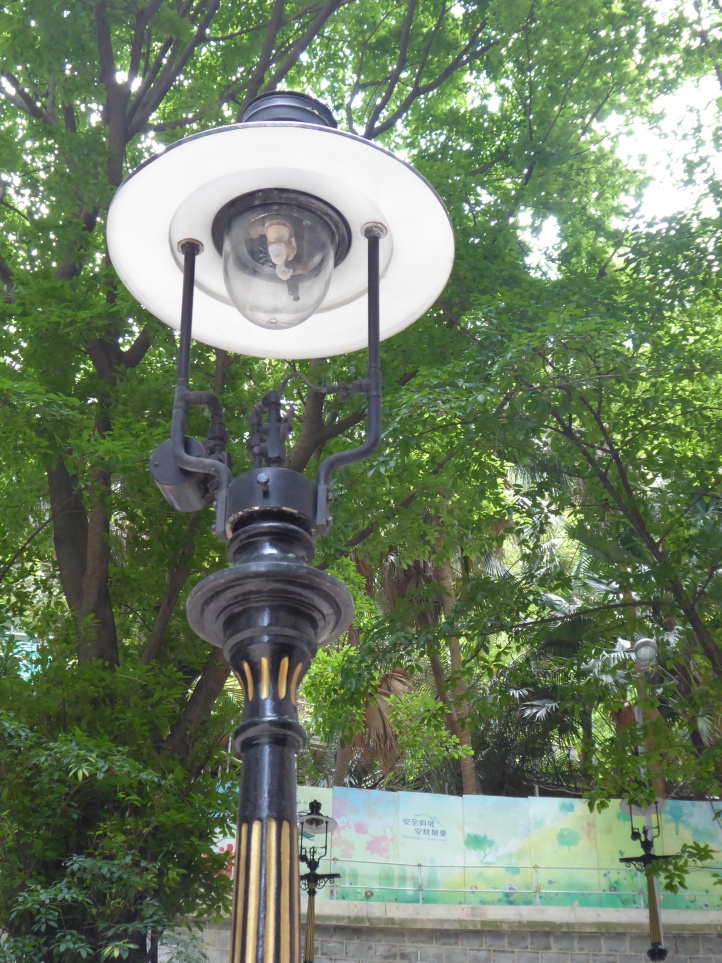 The ferry ride was probably a good idea as it was a very hot day at 32°C (I am going to have SUCH a hard time acclimatising to Melbourne weather tomorrow) and we were able to sit inside the air-conditioned cabin.  It was a lovely way to take in the sights of the harbour and there was an educational soundtrack as we passed noteworthy monuments. Nick got a few great pics from the tour.  Examples below: 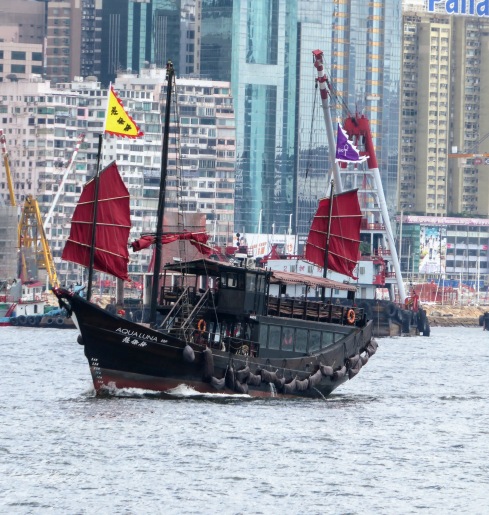 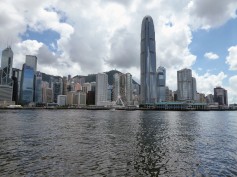 After the ferry ride, we decided to have a very late lunch back at Langham Place near the hotel.  Nick bought a rice bowl from Pepper Lunch which is a “fast steak” restaurant franchise.  I think it wouldn’t go over well in Australia, simply cause people would be too stupid not to burn themselves on the sizzle pepper plates. Luckily for us, we were able to enjoy this meal thoroughly. I wasn’t feeling too hungry, so I just grabbed a couple of bites off Nick’s plate. It certainly was pepper-y and Nick enjoyed this down to the last nibble of rice.

After this, and after much cajoling from me, Nick acquiesced to my pleas to get a dish from Honeymoon Dessert. To my eternal shame I convinced him with “This will be a sweet ending to our Honeymoon!” With a name like Honeymoon Dessert, how could we not though am I right?!

Truly though, all through our Hong Kong stay I have heard good things about this place. The icing on the proverbial cake, was that it was recommended as a food place to try on our Foodie Tour yesterday. I do like to try traditional desserts and I know this is my last opportunity to try Asian style desserts for a while.  I was determined.  Nick was resigned.

Happily though, this didn’t turn out to be a bum steer! I tried the sago pearls with grass jelly in coconut milk and Nick had the milk custard with mango. Both of us really liked each dessert. Nick seems to be coming around to mango – previously he reported not liking it but he’s enjoyed it the few times we have had it on this trip! His culinary horizons are broadening!

After this, we decided to take Sam up on his offer and headed to the Cordis Hotel rooftop to enjoy the pool for a few hours before regretfully packing up and heading to the airport.

There were no issues in making our way to the Airport and as usual, Nick has planned this out ridiculously well. As we have a late flight (leaving here at midnight) he has secured us business class tickets with Cathay which means, you got it, we get to use the Business Class lounge facilities.

After arrival, check-in and security clearance, we went straight to the lounge.  Hong Kong airport actually has 4 that we can access but Nick picked the best one for us – “The Bridge”. The Bridge apparently has more facilities and food options than the other lounge areas.  It is also the newest and seems to have the most space.

Certainly, the Bridge seems to be everything Nick promised it would be. We first had a celebratory drink at the ‘long bar’ for the end of a successful and fun honeymoon trip. The first of many for our married lives together.

We then settled in for a late dinner at ‘the bakery’ which served up a nice buffet of Chinese and western cuisines.

They also had a very nice dessert pick and I swear that once I am on home soil I will have to avoid sugar for a year…but until then, I sampled everything in sight. Surprisingly, I liked the humble bread and butter pudding very much.  The lemon tartlet was a close second.

We then crossed ‘the Bridge’ (yeah, I see what they did there) to an adjoining lounge where there is a ‘Coffee Loft’ where a magician barista made me one of the best coffees I have had on this trip. I was very impressed.  It wasn’t long after this that Nick and I had to pack up and head to the plane gate for departure.

I will post one more update for this trip tomorrow which will list off the highlights, the lessons learned and the travel tips I wish I’d known before this journey: homecoming!