This morning saw us waking up with the dawn as the morning light streamed in through our shoji screen windows.  There was a 6am morning prayer session that we could have elected to attend but we decided to skip that in favour of a little more sleep.

For me at least, this turned out to be a much-needed option.  Despite the light, I managed a little more shut-eye before we emerged for breakfast. The sleeping experience last night was quite good.  We had very small buckwheat filled pillows which helped to keep our heads and faces cool – I might invest in one of these if I can find similar at home. The futon was the thinnest yet and I could actually feel the floor on the point of my hip when I was lying on my side but it wasn’t hard enough to be uncomfortable. Overall, for both of us, the sleep wasn’t too bad.

7am saw us meeting the group for breakfast and it was apparent that most people opted to skip the prayer session as it seemed to take a long while for anyone else to join us. Breakfast was a more simple affair than the expansive dinner last night with pickles, rice, miso and a block of tofu and a small bowl of seaweed (hijiki).  This would have to tide us over for the long train trip to Kyoto. 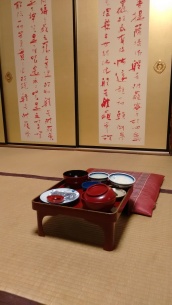 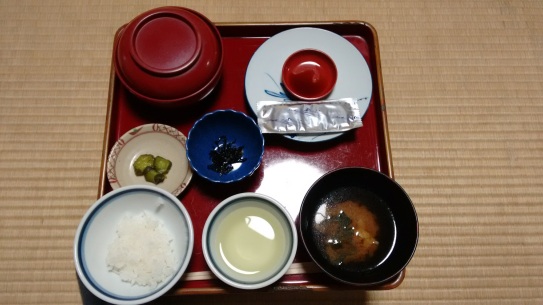 After breakfast, Nick and I did a quick explore of the smaller mausoleum near the monastery, Tokugawa-ke Reidai (the mausoleum of Tokugawa Ieyasu).  Tokugawa Ieyasu was the founder and first shogun of the Tokugawa shogunate of Japan, which effectively ruled Japan from the Battle of Sekigahara in 1600 until the Meiji Restoration in 1868. The mausoleum enshrines his spirit and was panelled in exquisite detailing.  It was quite eerie and lovely to visit. 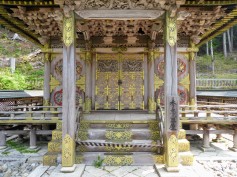 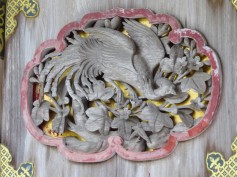 We met the group again to farewell the monastery at 9am and caught a bus to the station, back down the cable car and on the train again.  The train returned us to Osaka and then we caught a rapid airport train service on to Kyoto.

Once at Kyoto, we lunched in a food hall at Kyoto Tower which was just across from Kyoto Station.  There were a wide variety of places and cuisines to try. Nick opted for a donburi (sliced ginger beef on rice with kimchi for the side dishes) and I went for a gyoza set (pan fried pork and garlic dumplings – Japanese style).  This meal was nothing really special though I had food envy for Nick’s food when it came out. What was really nice though was the cheeky ‘dessert’ we had.  There was a stall, Nicotto & Mam, selling doughnuts, though they were baked, not fried, and completely egg free. They had really interesting flavours like black soybean flour (which is apparently what most Japanese sweets, such as mochi, are dusted in), green tea, sesame etc. We opted to try a honey lemon glazed doughnut and a chocolate doughnut with strawberry frosting. They were very ‘bread-y’ when compared to the standard doughnuts we have at home but they were pretty tasty! 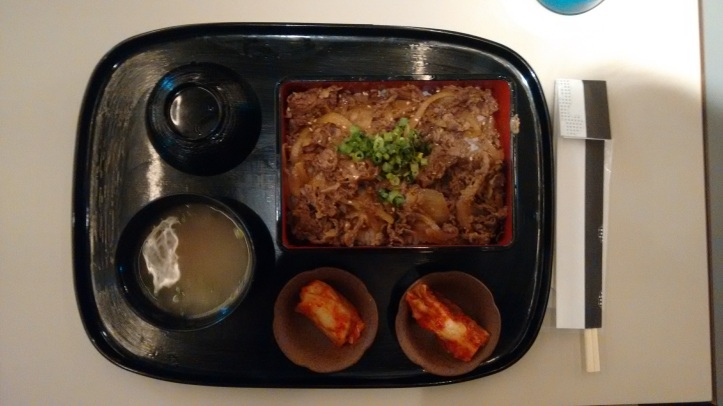 After this lunch, Rika regrouped us and took us (via taxi) to our hotel.  The Aranvert Hotel Kyoto. This hotel is known for its rooftop onsen.  From the ladies baths, you can see a fair bit of Kyoto and the surrounds.  Because I didn’t want to get arrested, I took the pictures of the baths off the website (rather than taking my camera in myself) so you can see what it looks like: 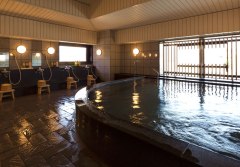 So we checked into the hotel and then had a brief rest before setting out again to explore Kyoto.

First, Rika took us to the Nishiki Market.

The shop that she specifically wanted to show us was a shop called Aritsugu.  This shop is famous for its hand-crafted knives. It was founded by Aritsugu Fujiwara, a master swordsmith, in 1560.  Here, we were able to see the techniques involved in knife-crafting as preferred by the Imperial family.  Those with deep enough pockets (i.e. not us) were able to purchase knives and have them custom-made or engraved with their names. Those of the group who did purchase knives were given instructions as well as how to best care for the knives so it was really interesting!

I also discovered that Japan’s leading chefs prefer to purchase their knives from this shop.  There are a wide variety of Japanese style culinary knives available and as you can imagine, different blade shapes are suited to different tasks in the kitchen.  For example, kuri-muki are double-edged knives, suitable for cutting and shaping vegetables as garnishes . A ryoba-usuba-santokugata is suitable for vegetables and meats, but you shouldn’t use it on hard vegetables or to cut through bone as this can damage the blade.

Rika allowed us to wonder the market on our own for an hour as well and Nick and I managed to sample some interesting foods.  We tried a Japanese ‘pepper’ which wasn’t hot, but made my tongue go numb. 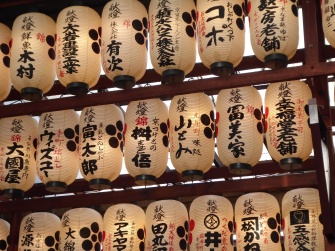 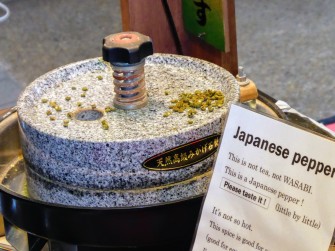 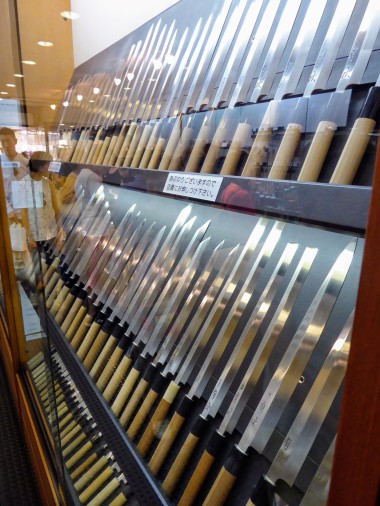 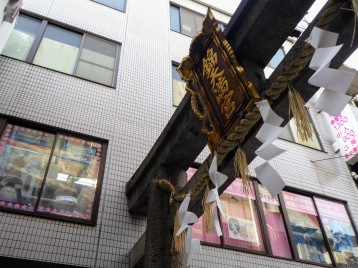 After the market tour, Rika led us on to the Gion District, which is famous for its teahouses and geishas.  Rika informed us that the Japanese don’t refer to them as geishas however.  This is a term used to describe their profession – the term itself means “art people” or entertainers. Geisha are divided into two classes. Firstly, you have maiko, who are apprentice geisha.  Maiko are accepted to the geisha school either through introductions or via interview processes.  Generally they are aged 16-20.  More senior geisha are know as geiko and they stay in the profession until they marry.  There is apparently no retiring for geikos.  As Rika explained, maikos can quit at any time.  They have a gruelling training schedule learning the arts of the geisha and generally only have 2 days off a month (if they are lucky). Many maiko quit before they become geikos but those who do make it are a kind of celebrity in Japan. Rika also showed us where the geikos and maikos are housed.  You could tell the number of each by the colour of the panels – red for geiko and green for maiko.  In the photo below, there are 4 geiko and 9 maiko living at this particular house. 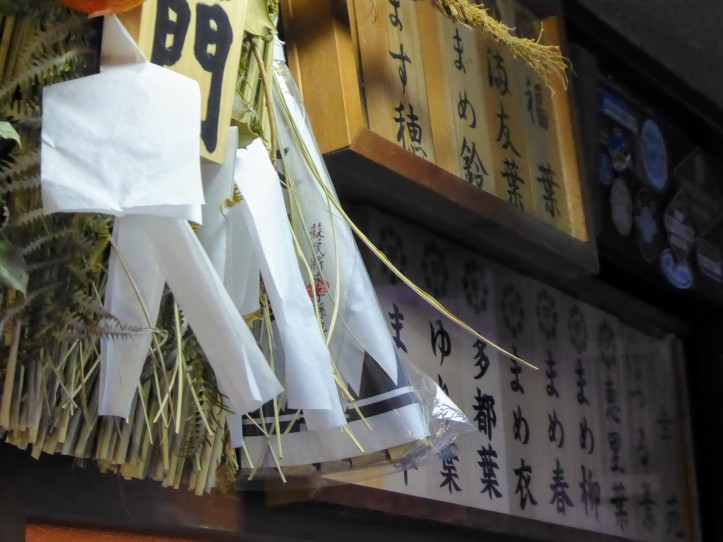 It is a very expensive profession with kimonos and accessories costing hundreds of thousands of dollars (millions of yen). Rika took us past a few shops where traditional ornaments were still sold.  The materials used were usually quite sumptuous such as amber, onyx, pearls and precious metals and the cost was enough to make me resolutely turn my eyes away.  But they were very ornate and beautiful to look at. 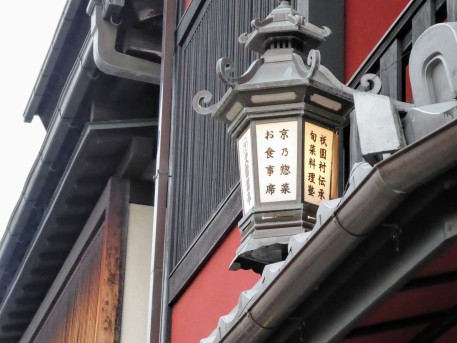 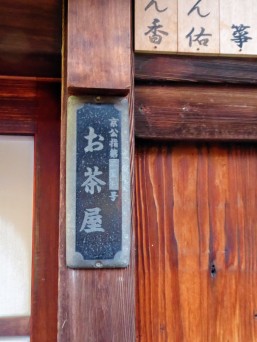 A licenced teahouse has this symbol at the entrance

We had a bit of a debacle when it came to dinner though, with the restaurant completely messing up our group order and insisting they delivered meals when they had not. While I got the correct meal and drink delivered to me, Nick did not and was given someone else’s meal to eat.  Unfortunately since they told him it WAS his meal, of course, he ate it. There was also a bit of unhappiness around the bill when it came out that this restaurant charged a service fee and then added tax as well to the service fee.  This added up to about $4 extra per person but as the service was terrible and the food wasn’t amazing this was quite chaffing to us all.

It ended up being the most expensive and unsatisfying meal we have had yet.  But then again, if that is as bad as it gets, we won’t have anything much to complain about for this trip in total.  As it’s the ONLY bad thing to have happened, I am okay to let this one slide and hope the rest of the trip will be smooth sailing.

Nick and I walked back to the hotel though our fellow exhausted tourists taxi-ed back. When we arrived, I was too exhausted to use the onsen but we do have a couple more days here and I am resolved to give it a try!