This morning saw us greeting our first rainy day in Japan at 6:40am for a 7:00am breakfast.  Breakfast consisted of the usual miso, rice and pickles and also a flllet of salted grilled salmon, a Japanese omelette (I really like these, they are sweet and light!) with miso and sesame stuffed eggplant. 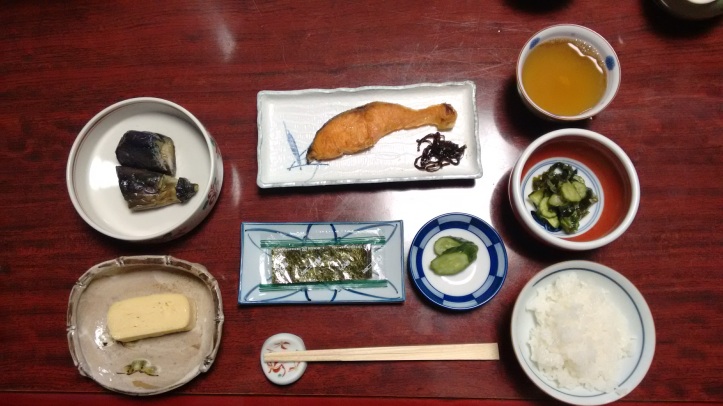 At 8:00am we were checking out of the ryokan an heading to Kanazawa station.  Nick and I broke off from the group to go and get some coffee from a nearby cafe that rated well, Blue Monday.  Unfortunately, they were closed (what sort of coffee shop doens’t open till 9am?!?) so we had to make do with overpriced, bittter station coffee.  As Nick said, we should have bought vending machine iced coffee but I prefer to start my days with a hot coffee darn it!

The station itself is very new and has an extensive shopping area.  It was actually more impressive than Narita Airport’s offering.

It was very lucky we were leaving Kanazawa as the weather was turning, hopefully the weather will be nicer in Osaka.

It was another Shinkansen ride for us, this time on the “Thunderbird” (yes, many “Thunderbirds are go!” jokes were made) and we managed to board the train with no problems.  Once aboard, we had a couple of hours to kill so Nick and I ate some snacks (chocolate koalas and jumbo puffed corn) and read and slept.

Arriving in Osaka we left our bags at the Unizo Hotel before heading out for our street food tour.

The lunch was served in a restaurant in the Kuromon Ichiba centre.  We had takoyaki which are fried octopus balls with a thick, almost teriyaki like sauce.  We also had okonomiyaki which is also called a “Japanese pancake”.  Its a cabbage and vegetable stuffed “pancake” which also has your choice of meat added.  I had a pork version and Nick had shrimp.  They are sprinkled with bonito flakes which are a kind of smoked fish flake which is very tasty.  This dish was a big hit with everyone though I think Nick was the only person who finished his plate (he also had a quarter of my plate – so impressed!) 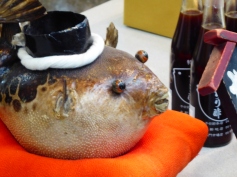 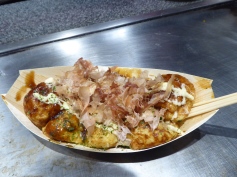 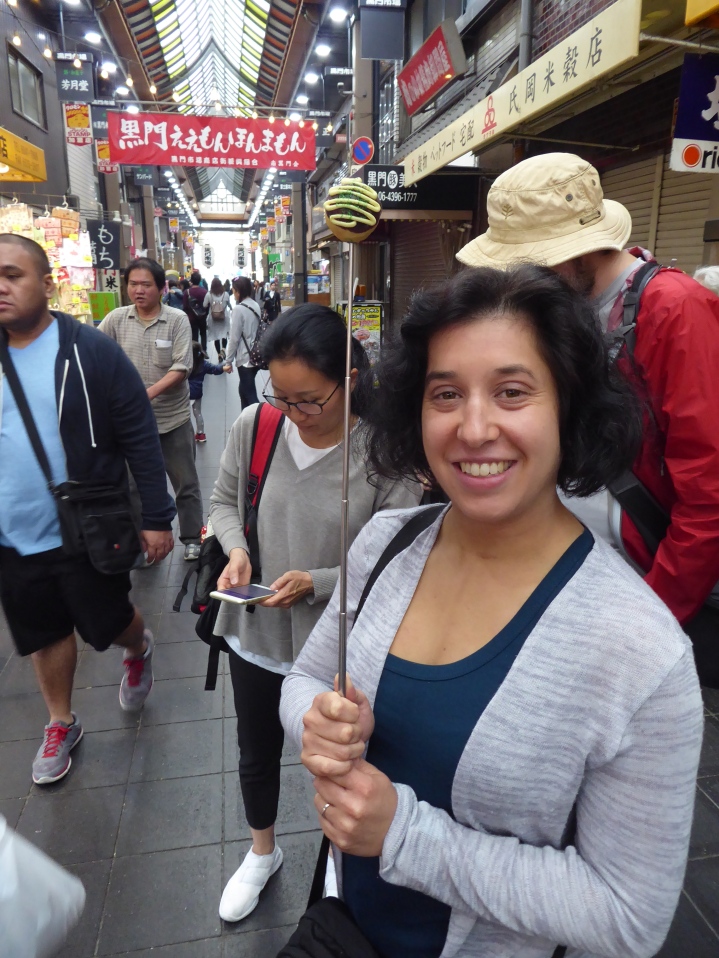 After this, the group had free time but Rika offered to take those who had an interest to see Osaka castle.  Nick and I decided to go along as I really liked the castle in Kanazawa.

We had a really nice time at the castle, taking photos from the observatory (this was 8 floors up – they didn’t have a lift so we walked the entire set of stairs up and down) and seeing the exhibits on each floor of the castle. 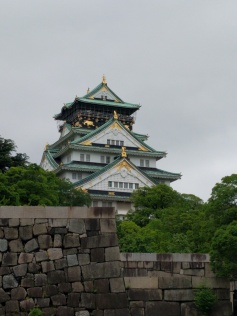 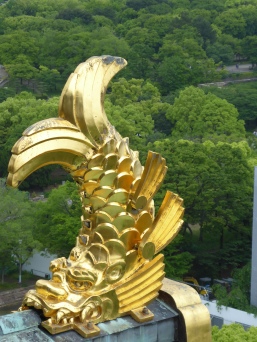 Randomly, on our way out we met a man who had a falcon.  He was really nice and let us pat the falcon before we continued on our way. 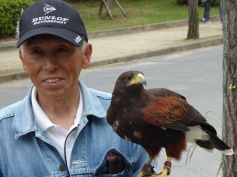 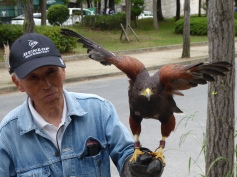 My feet were aching by the end of this so we headed back to the hotel to check in and have a rest.  Nick and I decided to pop out breifly to get a new SD card for the camera and to grab some dinner which was just ramen, so nothing new or exciting.

Afterwards, we headed back to the hotel to pack up, ready for our stay in Koyasan tomorrow.  We will more than likely not have WiFi at the monastery so please stay tuned for the next (late) installment.

Note: Apparently we were too early with our mother’s day wishes last week so I will just reiterate here for our mothers and mother-in-laws.  We love you, we miss you and we will make mother’s day up to you.  Hope you have a great day mums!